"In a hole in the ground there lived a hobbit."

On Thursday I was on a college trip to Kinver, While I was there we were given the opportunity to visit Kinver edge to see their historical cave house (hobbit Holes) which were the inspiriration for Tolkein.

To get to the cave houses we had to first Journey through a wood which you can follow a path which takes you to the highest point of Kinver edge. (I did not take any pictures of the wood as I was too affraid I would slip and tumble all the way down to my doom XD)

There are only 3 remaining cave houses in England. Holy Austin is thought to have been cut out during approximately 700 AD.

It is said that these homes are cool in summer and cosy in winter. Residents of these types of homes would live to ripe old ages (just as Tolkein described Bilbo Baggins to have been extremely long-lived), In the year 1871 the Fletcher family occupied Holy Austin and a painting in 1901 by Alfred Rushton shows an elderly couple which is suspected to be the Fletchers, Upon seeing the painting people would suggest there is a similarity between them and Gaffer Gamgee or to be that of an elderly Bilbo Baggins.

The people who lived in these homes would carve out splaces for chimeny flues and cooking ranges etc to be fitted in, In the main family room there was a a section cut into the ceiling but the tour guide said they do not know what the purpose of this was for and suggested it was maybe for a sideboard and many people joke that maybe it is for a grandfather clock.

Here are some picture I took of the cave house....

The well for the homes water supply

Outside view of the house 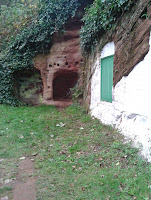 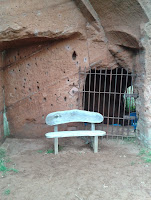 The top of the house was grassy to add insulation 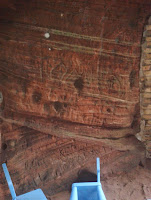 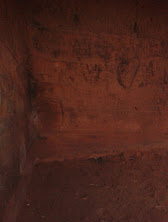 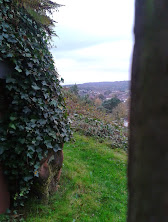 A view from the bottom of the steps (there are small gardens where crops were grown etc along the way down...Just as Tolkein described Bag End to be)

The National Trust who take care of this site have recreated rooms inside for us to get an insight into how people would have lived inside these caves.

"In a hole in the ground there lived a hobbit. Not a nasty, dirty, wet hole, filled with the ends of worms and an oozy smell, nor yet a dry, bare, sandy hole with nothing in it to sit down on or to eat: it was a hobbit-hole, and that means comfort".

Here are some pictures I took of this, which are based upon pictures left behind by the Fletcher family who once lived here...

The first room we entered was this one 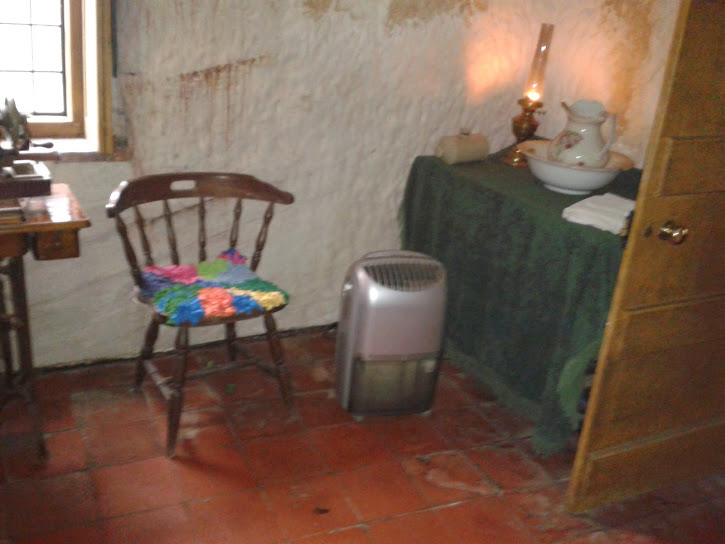 This is another room we entered 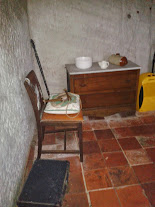 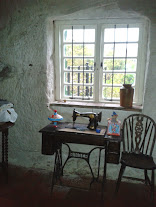 This would have been the main family room, In here the tour guide explained to us about how they would have lived and about the household items they used (ignore the big spider that is just for halloween decoration XD ) Some of the items in this room such as the laundry equipment would not have been stored in this room but the national trust keep it in here as they can tell visitors about it. Behind the tour guide was the stove/fireplace but I could not get a picture of that as the man was standing infront of it.

Happy New Year of the Dragon!
What is your Chinese zodiac animal?
Reply 738


I liked the opening, I thought the part where we see Grell performing with the many butlers was good.

I like that the Scotland yard detective Aberlaine, often pops up once in a while, thus providing some light entertainment, via joking around. I think this makes the musical just a little more entertaining.

I thought Sebastian's character was acted out much better in this one than the previous.

I really liked Sebastian's performance when he sang during his and Ciel's meeting with Undertaker.

I decided to watch this musical, as I had read the manga and watched the anime, which I found them both to be enjoyable.

When watching this musical, I thought that vocally the best was Sebastian (Matsushita Yuya), however I thought his acting was not quite Sebastian.

I did like the way the characters were acted.

I was intrigued as to how the characters would be visually, as it could have been either bad cosplay or well done, fortunately I found them to look good as their characters.
I really liked Undertaker and Grell, as I had also done so in the previous forms of this story.
I think I laughed too much during the scene where they try to entertain Undertake; The part I mean is; when Finnian brought out Tanaka-san (^_^)
A part during this musical which I particularly enjoyed, was the fight scene between Sebastian and Grell, I especially liked the part when Grell blew a kiss to Sebastian.

I thought it was great to see many of the characters whom we are familiar with from the manga. As well as hearing Tanaka-san's voice for narrative parts etc.
I thought this musical was enjoyable to watch. (^__^)

The time that we have spent is very long.
However, everything can't be understood.

I was tagged by

Sunday Stealing: The Over the Edge Meme